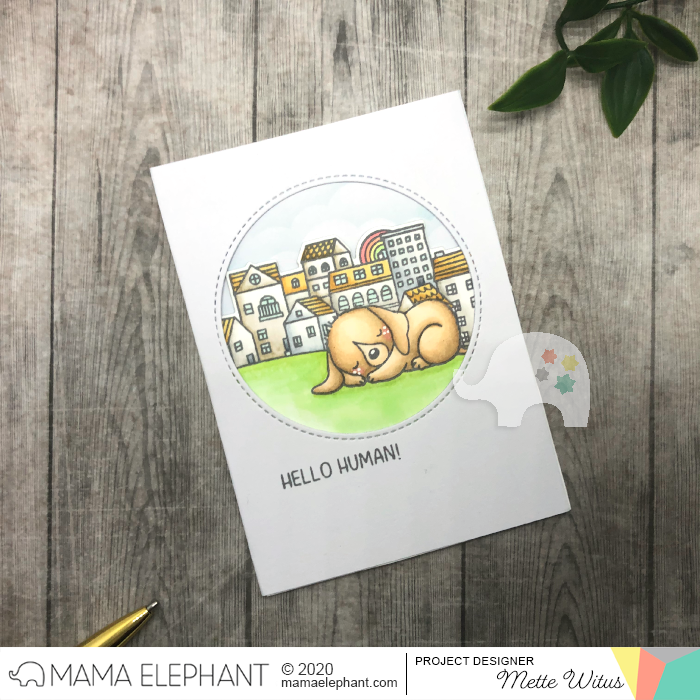 Today we’re highlighting the new My Pet Puppies stamp set, and I created this cute tri-fold card using the cute puppies and the Scene Builder stamps.

On the first flap, I cut out a circle using the second smallest circle from Basic Circles and stamped the Hello Human! Sentiment on the front of the card.

On the second flap I ink blended a blue sky, leaving a blank space at the bottom to write the message in.

On third flap, I used the Scene builder city die to partially cut just the third flap. Using the card base as a guide, I placed my stamps where I want them to line up in the window, then stamp my images on a separate piece of cardstock. First I stamped the dog, masked him and then stamped the city behind him, and finally the sentiment, which I made sure could not be seen when the card is completely closed.

When I had the images colored, I cut out the city using the matching die, which means I can line it up with the cutout in the card base, and THEN trim down the edges of the stamped piece of cardstock. If your card has a hard time closing properly, trim a little bit off the third flap.